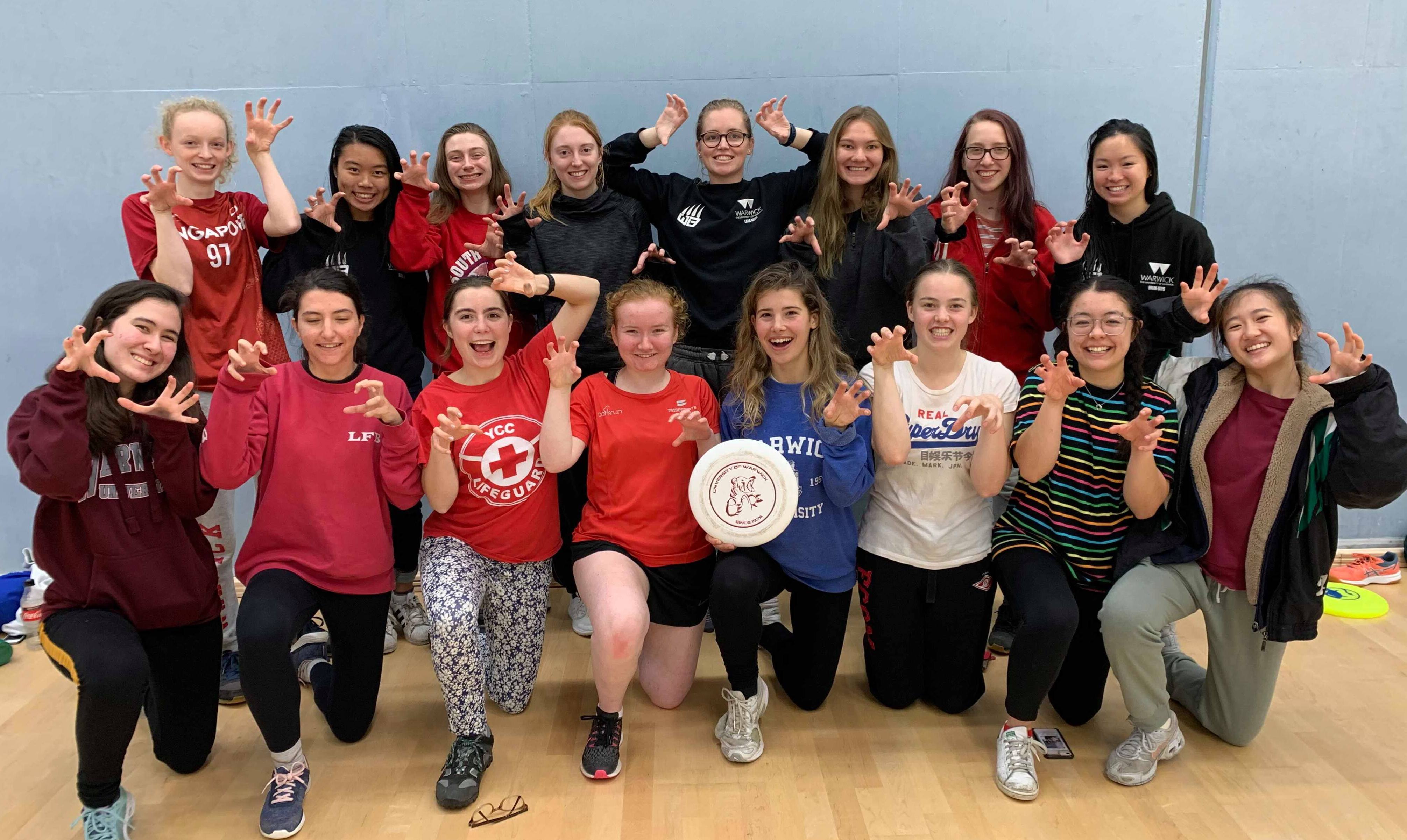 Warwick Bears took 2 teams to UWIR, ready to challenge at every level.

Day 1 Saturday: We started top of a hard pool with two very strong first teams, Cardiff and Southampton. We won our first two games of our pool against the bottom of our group Swansea 2 and the lovely Warwick 2. We then played Southampton who tested us with their zone and fast weave. It was a close game but Southampton went up early and stayed ahead for it to be 7-4. Next we played Cardiff a similarly speedy team. Some very long points and some good zoning meant we drew 3-3. We therefore came 3rd in the group by points difference. We then went into a power pool with us the 10th seed, the 12th, 14th, 16th and 18th. We smashed all these games to stay top of the power pool.

Day 2 Sunday: We had a big first game Sunday. We played Bristol in the 7v10, a must need win for us to get in the top 8 to get to nationals. Some flowy frisbee and great defence meant we won 6-4! Next was the 2v7 cross up, this was against Southampton again. This was another hard game, a slow start meant we went down by a few points early on and then traded to finish 5-3 to Southampton. We then played against the always super friendly UBU in the 6v7. This was a hard fought game but some early mistakes meant this finished 8-5. Next we needed to win our 7v8 to guarantee qualification to division 2 nationals. We played Aber and after trading at the start we ramped up the defence and took the game away finishing 9-4.

Well done to everyone who played and thank you to the twos for your support.

The second bears team played really well throughout the tournament, fighting through every point. As the games progressed we managed to try out many set plays including zone and flood. We also varied our attack with both short and deep cuts for the disk and practiced out hammers and knifes. In case of a foul we were not shy in calling it out and were good at trying to compromise during any discussion. In spite of only winning one match, it was a great tournament which helped us all improve our skills and bond better as a team.