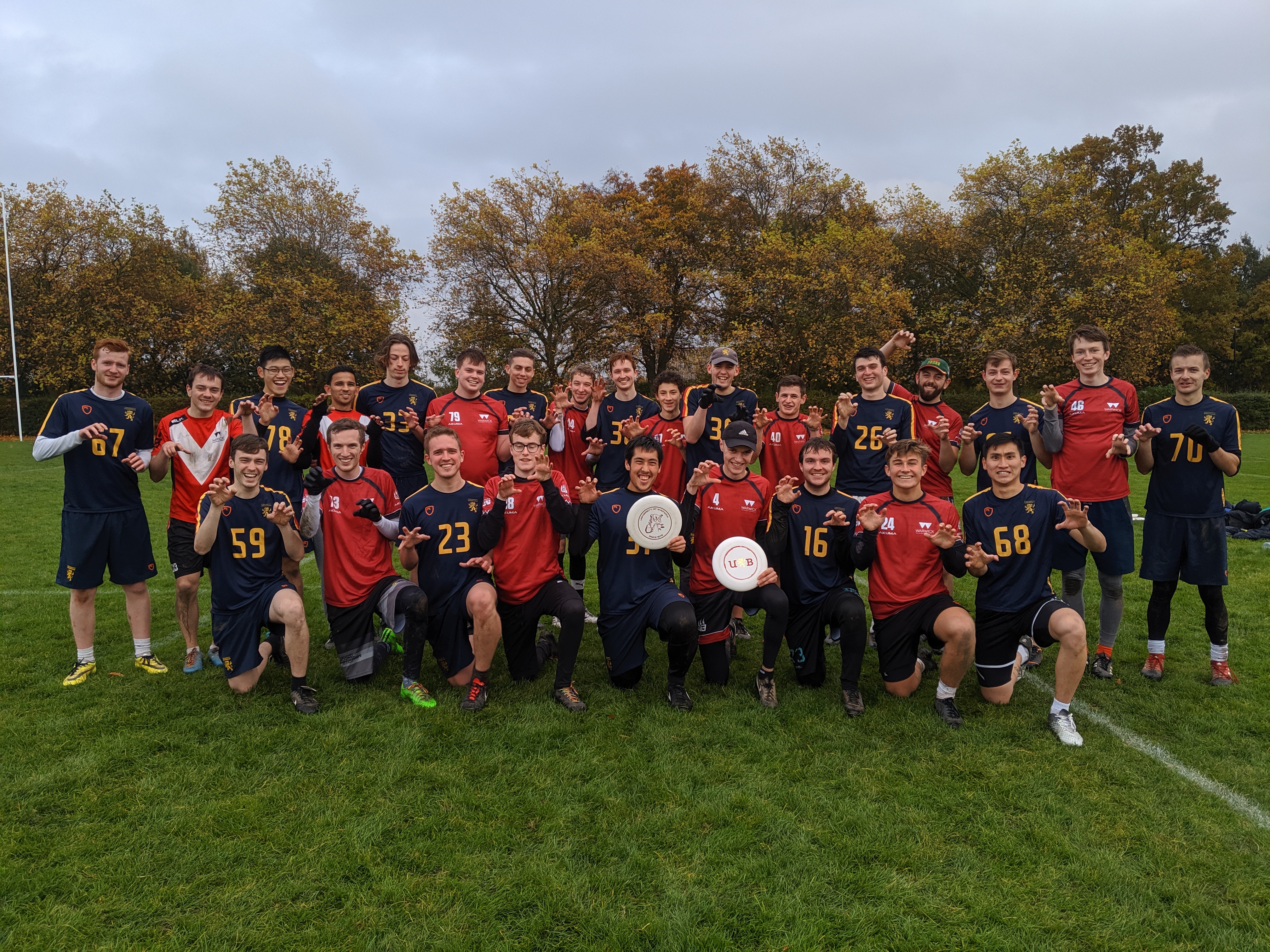 Bears 2 has a hard fought game against UBU 2. In wet conditions there was a few drops from both sides aswell as some really good defense. This lead to a few very long points, however the team showed great determination to keep running and eventually score these points, many of which were breaks. This meant we went into half time winning 8-5, with only 2 minutes until soft cap.

We won the first point after the half and hit soft cap at 9-5. UBU tried to mount a comeback as they got the game to 9-7, but the boys got the final point to win the game 10-7. A really good victory for bears 2, and just in time to make it back for circle.

Congrats to Warwick 2 on their first win!