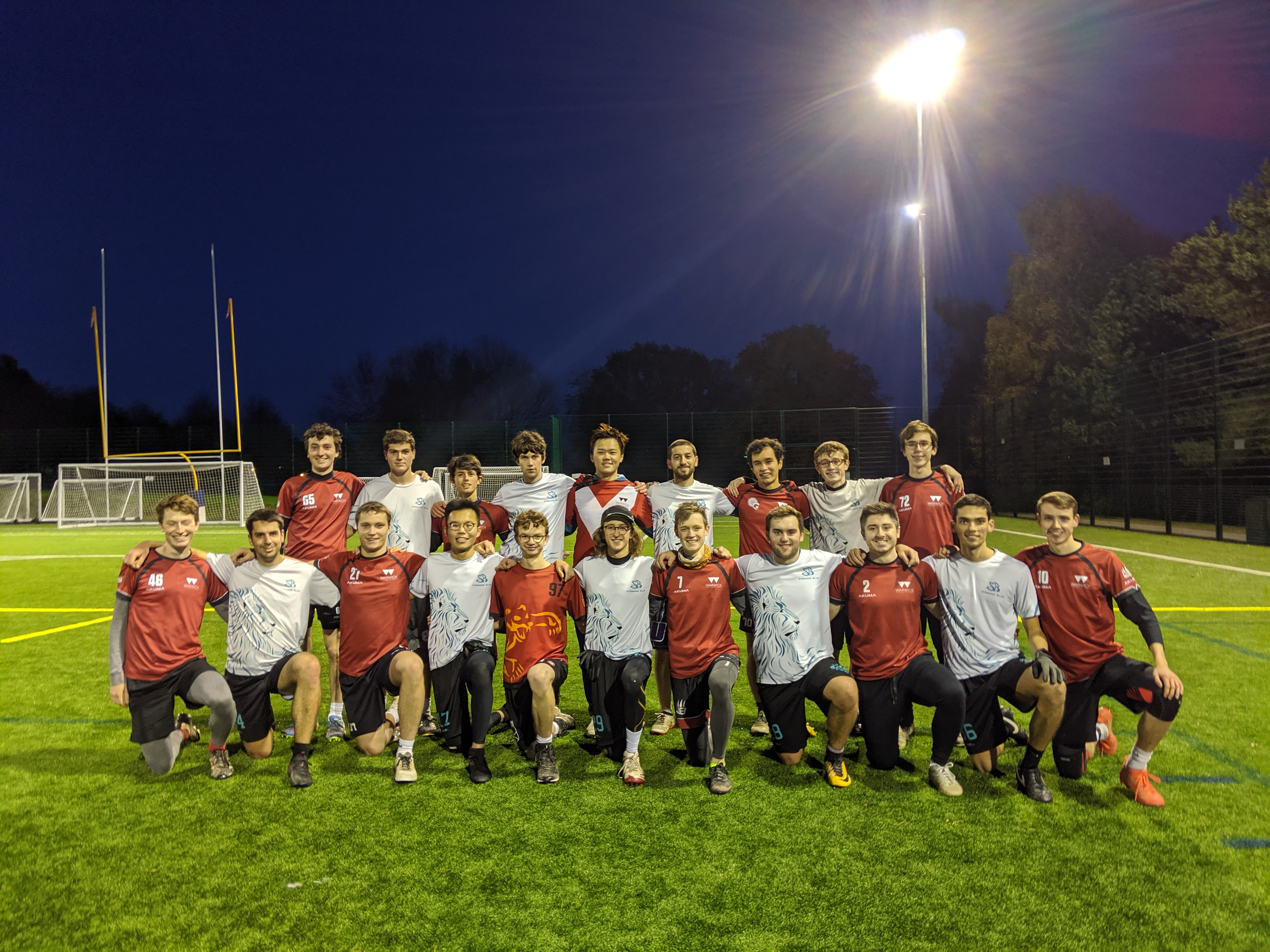 This weeks match saw us play Cambridge 1, after a sudden death loss to Nottingham we wanted to come out all guns blazing to secure a win. We did exactly that with clean offense to start the game, and some intense defence to throw Cambridge off. They handled this pressure well with some very clean offence of their own but unfortunately for them there were a few instances where we showed our defensive strengths, like carvers clutch point block on the endzone line, which we could then capitalise on. We took half 8-0.

For the second half we wanted to keep the intensity high but try a few other looks to build some more chemistry for the season ahead. A couple longer points of zone defence saw the game coming closer to its end with some very nice offence by Cambridge working it around the back until they found a hole through the zone to really test our defence. They topped this off with a nice deep put miss read by myself and caught by their player for their first goal.

For a game of many highlights I want to give a shout out to Dan Jones for throwing away on a dump then busting it deep to catch his man and get the D back, the perfect definition of no time for sadness just D.

Captains pick for the game goes to Dan Brown for some great 1 on 1 skies on defence.

Thanks for the great game Cambridge, UBU we look forward to playing you next!

Congrats to Warwick 1 on their first win, many more to come!